Former Speaker of the House Newt Gingrich joined “Hannity” to give his take on the congressional spending package.

NEWT GINGRICH: Look, I mean, it should scare you. This is an effort by big government socialists to profoundly change America. Even Joe Manchin has said in the last 24 hours he doesn’t want to change America and he — although he’s a Democrat—he said this bill is designed to profoundly change America, to create a welfare-dependency and I think it has stunned him as a West Virginian how far they’ve gone. I think that people need to realize this is not an accident. These people are determined to take your money, to rebuild your country with them in control, and you see it right now in a fight over vaccines when, you know, schoolteachers are being fired, nurses are being fired, policemen are being fired. Do we really want more big government bureaucracies led by politicians totally out of touch with reality?

And I think, Sean, you’re exactly on target here. Everybody watching tonight should call their congressmen, their senators, and demand that they stop these bills. It looks, right now, like Senator Sinema in Arizona and Senator Manchin are going to stop the bill in the Senate. It looks right now — it may change—but likely left-wing of the Democratic Party there’s going to be an open rebellion in the House before the end of the week. If all of that comes together, then these bills will collapse in their own weight. We did a poll in a project we’re doing called ‘The American Majority Project’ and, let me just say, only one out of every six Americans — one out of six — favors big government socialism. 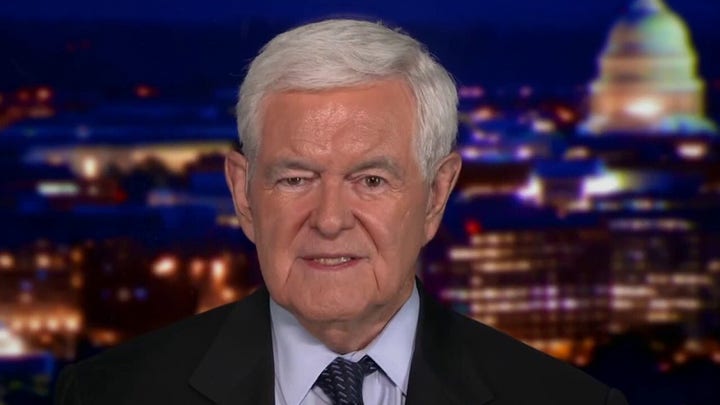