Thomas D. Jones is a former United States astronaut. He was selected to the astronaut corps in 1990 and completed four space shuttle flights before retiring in 2001. He flew on STS-59 and STS-68 in 1994, STS-80 in 1996 and STS-98 in 2001. His total mission time was 53 days 48 minutes. He works as a planetary scientist, space operations consultant, astronaut speaker, and author.

Beyond Earth: America's Future in Space

Starting with his own orbital experiences, veteran astronaut and planetary scientist Tom Jones describes the technology breakthroughs that will open space to scientific exploration, tourism, and an explosive growth of commercial opportunity on and beyond the Moon. A space-based economy is the surest path to Mars.

Earth and its planetary neighbors are the stars of this beautifully illustrated talk, outlining the dynamic geological forces shaping the worlds of the solar system. Jones’ orbital photography and the best images from NASA’s probes show how exploring the planets expands and deepens our understanding of Earth.

Planetary scientist and astronaut Tom Jones describes the threat to Earth from rogue asteroids and what we can do to prevent a cosmic catastrophe. He’ll also show how exploring these ancient objects can spark a growing space economy, turning asteroids into stepping stones to Mars.

In four space shuttle missions and three spacewalks outside the International Space Station, Tom Jones saw and lived the “right stuff” at NASA. Drawing from the painful lessons of the Challenger and Columbia shuttle accidents and his own orbital experiences, Tom describes the exceptional leadership and teamwork needed to succeed, in space and on Earth.

Four-time astronaut and shuttle payload commander Tom Jones shares the personal and spiritual experience of space exploration. You’ll rocket through a rumbling blast-off, soar into orbit, spacewalk at the Space Station, endure a fiery reentry, and return, exhilarated, to Earth. Tom’s inspirational talk brings home the personal and family challenges that accompany the thrilling, beautiful, and dangerous business of spaceflight.

Thomas D. Jones, PhD, is a veteran NASA astronaut, scientist, author, pilot, and speaker. In more than eleven years with NASA, he flew on four space shuttle missions to Earth orbit. In 2001, Dr. Jones led three spacewalks to install the centerpiece of the International Space Station, the American Destiny laboratory. He has spent fifty-three days working and living in space.

After graduation from the Air Force Academy, Tom piloted B-52D strategic bombers, earned a doctorate in planetary sciences from the University of Arizona, studied asteroids and robotic exploration missions for NASA, and engineered intelligence-gathering systems for the CIA.

Tom is the author of seven space, aviation, and history books. Sky Walking: An Astronaut’s Memoir was named by the Wall Street Journal as one if its “Five Best” books on space.

Tom served on the NASA Advisory Council and the board of the Association of Space Explorers and is a board member for the Astronauts Memorial Foundation. He consults on the future direction of human space exploration, uses of asteroid and space resources, and planetary defense. A frequent public speaker, he is often seen on-air delivering expert commentary on science and space flight.

Tom Jones provided the captivating keynote address in our partner conference last week. Dr. Jones was thoroughly engaging and most interesting. We received volumes of kind words and appreciation of his presentation. 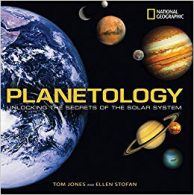 (Astronaut Scholarship Foundation) - Along with the idea to build a foundation, the Mercury 7 astronauts envisioned a place where the accomplishments of astronauts could…