Scott Gottlieb is uniquely qualified to write a book on America’s response to the Covid-19 pandemic. Physician, former Food and Drug Administration commissioner, board member for both pharmaceutical giant Pfizer and genetic sequencing firm Illumina and presidential adviser: Dr. Gottlieb saw the crisis from multiple angles. His book “Uncontrolled Spread” is everything you’d hope: a smart and insightful account of what happened and, currently, the best guide to what needs to be done to avoid a future pandemic.

If there’s one overarching theme of “Uncontrolled Spread,” it’s that the Centers for Disease Control and Prevention failed utterly. It’s now well known that the CDC didn’t follow standard operating procedures in its own labs, resulting in contamination and a complete botch of its original SARS-CoV-2 test. The agency’s failure put us weeks behind and took the South Korea option of suppressing the virus off the table. But the blunder was much deeper and more systematic than a botched test. The CDC never had a plan for widespread testing, which in any scenario could only be achieved by bringing in the big, private labs.

Instead of working with the commercial labs, the CDC went out of its way to impede them from developing and deploying their own tests. The CDC wouldn’t share its virus samples with commercial labs, slowing down test development. “The agency didn’t view it as a part of its mission to assist these labs.” Dr. Gottlieb writes. As a result, “It would be weeks before commercial manufacturers could get access to the samples they needed, and they’d mostly have to go around the CDC. One large commercial lab would obtain samples from a subsidiary in South Korea.”

At times the CDC seemed more interested in its own “intellectual property” than in saving lives. In a jaw-dropping section, Dr. Gottlieb writes that “companies seeking to make the test kits described extended negotiations with the CDC that stretched for weeks as the agency made sure that the contracts protected its inventions.” When every day of delay could mean thousands of lives lost down the line, the CDC was dickering over test royalties. 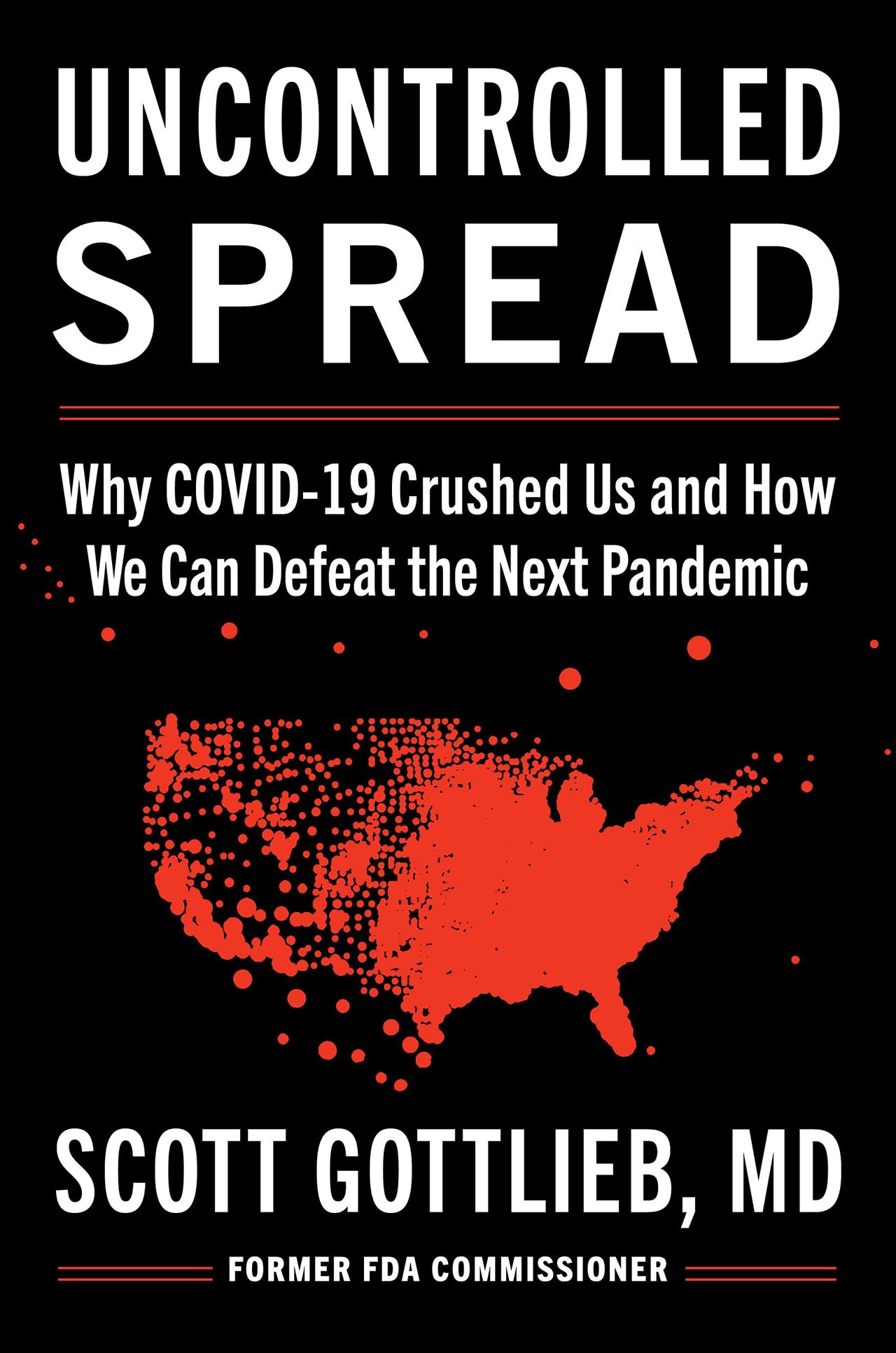 In the early months of the pandemic the CDC impeded private firms from developing their own tests and demanded that all testing be run through its labs even as its own test failed miserably and its own labs had no hope of scaling up to deal with the levels of testing needed. Moreover, the author notes, because its own labs couldn’t scale, the CDC played down the necessity of widespread testing and took “deliberate steps to enforce guidelines that would make sure it didn’t receive more samples than its single lab could handle.”

Dr. Gottlieb is much kinder to his friends and former colleagues at the FDA. My view is that the FDA shares in the failure. The FDA does not have authority over laboratory-developed tests, so in ordinary times a lab can develop a test without seeking FDA approval. But the FDA, using the Covid-19 emergency as a pretext, asserted that any SARS-CoV-2 test needed its approval before it could be deployed. Thus the logic of emergency was inverted. Instead of lifting regulations and giving priority to speed, the FDA increased regulation and slowed test deployment.

Dr. Gottlieb, to his credit, cannot be accused of hindsight bias. On Jan. 28, 2020, one month before the United States recorded its first Covid death, he and a co-author warned in these pages that we must “Act Now to Prevent an American Epidemic.” Correctly predicting that testing would be a bottleneck, he urged the CDC to bring in private test suppliers as quickly as possible. One wonders how many deaths might have been averted had Dr. Gottlieb’s advice been followed.

The CDC failed. What worked? The American model worked. Namely, private incentive and ingenuity backed by a supportive federal government. Operation Warp Speed, the Trump administration’s effort to produce vaccines, was the shining jewel of the American model. The federal government promised to buy hundreds of millions of doses of vaccine from private manufacturers (so long as the vaccines worked but regardless of whether they would be needed). It also supported very large and expensive clinical trials, and it lifted burdensome rules and regulations. The advance market-commitment model is very powerful in an emergency. We should have used a similar model for masks and tests.

Dr. Gottlieb has good suggestions for preparing for the next pandemic. He makes the case for a sentinel surveillance system that would routinely sequence flu samples for viruses and that would equip every sewage plant in the United States and eventually the world with sequencing systems. We also need a national testing clearinghouse that can balance testing demand across all our labs, and we need public-private partnerships so that instead of producing bespoke tests we produce tests that run on the biggest, fastest testing systems used in the private sector. All worthy ideas, but many were already legislated in the 2006 Pandemic and All-Hazards Preparedness Act—and most were never implemented. We need to think more deeply about the institutions needed to align policies with the incentives of market participants.

Dr. Gottlieb’s idea to fix the Strategic National Stockpile is a good example. The government let the stockpile dwindle so there weren’t enough masks when we needed them, and the masks that were available were often moldy. Instead of a stockpile, Dr. Gottlieb suggests what I call a “flowpile.” The government wouldn’t store anything but would instead pay firms to increase their inventories with production going into the inventory and sales coming out. A flowpile doesn’t need periodic restocking or reauthorization, and once the system starts, firms have an incentive to lobby to keep it going. Want to produce a public good? Tie it to some pork.

Covid has killed more people than died in the battlefields of the bloodiest war in American history, the Civil War. The horror of the Civil War, however, was redeemed by breaking the chains of slavery. No such redemption is possible for the pandemic. It didn’t have to happen. “Uncontrolled Spread” explains why it did, and how to keep it from happening again.